Electric fences are usually used by farmers and cattle breeders to keep their animals safe. Cattle are known to brush against fences and this can cause damage to the perimeter and also harm the animal. Electric fences are charged with an electric current to prevent animals from brushing up against them while keeping predators out of your livestock. 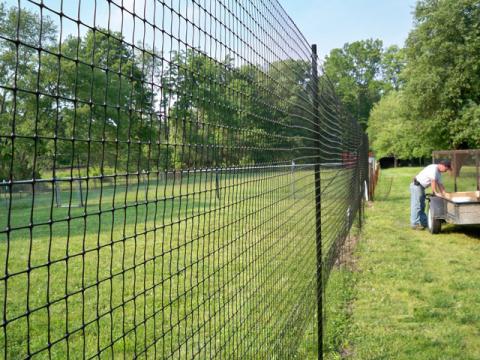 Electric fences may seem complicated however they are simple to set up and are a viable addition for temporary fences such as shelter belts, strip grazing, dam protection etc.

The concept behind an electric fence is rather simple. The fence is charged with electricity that is grounded. When something comes in contact with an electric fence the circuit gets completed and the livestock gets a mild electric shock which keeps it away from the fence.

The power box of an electric fence is termed as an energizer and consists of a positive-terminal. This positive terminal is attached to the fence via an insulated lead. The negative terminal is the opposite end of the fence and this is grounded. Grounding for an electric fence is done using one, two or three grounding rods. These rods are dug deep into the earth and are usually made of a good conducting material like copper. The distance of grounding rods should be at least six feet apart.

Vinyl fencing is an ideal material for fencing when it comes to cattle farms. Vinyl fencing is flexible and durable and does not get weakened by the weather elements or rusted due to moisture. Vinyl fences are made to rebound on impact so that your cattle remain safe and unharmed.

If you do not have much experience working with electricity, it is always a good idea to contact an electrician to help you set one up.